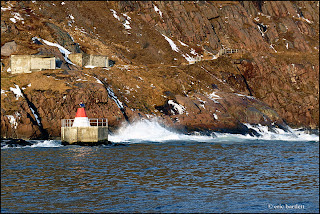 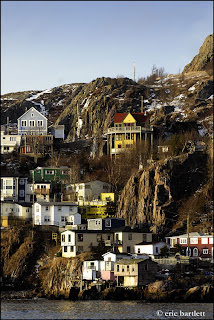 Tomorrow, February 19th is Heritage Day so I thought I would post pictures that are of significant heritage value.

The site in the first picture has not yet been designated as an historic place but it does have significant historic value. Chain and Pancake Rocks (as they are known) are valuable for their association with military activity in harbour. As early as 1762, a large chain and log boom was stretched across the from Chain Rock to Pancake Rock. Every evening the log boom was raised so as to obstruct enemy vessels attempting to enter port through the . Furthermore, twice in the 20th Century, Chain and Pancake Rocks were used to keep enemy ships from entering the harbour or attacking ships at anchor. During World War I, a log boom was employed to keep enemy ships out of the harbour and during World War II anti-submarine nets were secured underwater from Chain Rock to Pancake Rock to keep the port safe from groups of U-boats patrolling the during this period. Chain and Pancake Rocks are located just to the right of the Outer Battery shown in the picture below.

The bottom shot is WAY Cool!!! Makes me want to come over (just as soon as it warms up a bit) :)

Other Sites and Blogs of Interest